ART HOTEL 916 was a brilliant concept presented by the newly founded M5 Arts, a Sacramento-based art initiative.
The abandoned Jade Hotel in downtown Sacramento was scheduled for demolition in light of the construction of the new arena for the Sacramento Kings.
Never have I seen a Sacramento gallery garner so much excitement from locals – a popup gallery at that! On a daily basis, there would be a line of hopefuls that curved around the surrounding block, only to meet back at the beginning.

Sometimes patience paid off, and you would have been lucky enough to experience more than 60 art installments covering nearly every square inch on all four floors of the hotel.
Speaking as some one who has witnessed several local art spaces shut down in an orderly fashion, ART HOTEL was a defiant resurgence of local art and art appreciation.  This gave me enough hope to stay in my hometown.

ART HOTEL opened up to the public on Friday, February 5, 2016. Incidentally, that date was also the 100-year anniversary to the birth of the Dada art movement in Zurich, Switzerland.
On closing night Saturday, February 13th, the exhibit spilled over into the the Hotel Marshall where an impromptu show was performed by some of Sacramento’s principal avant garde music acts. 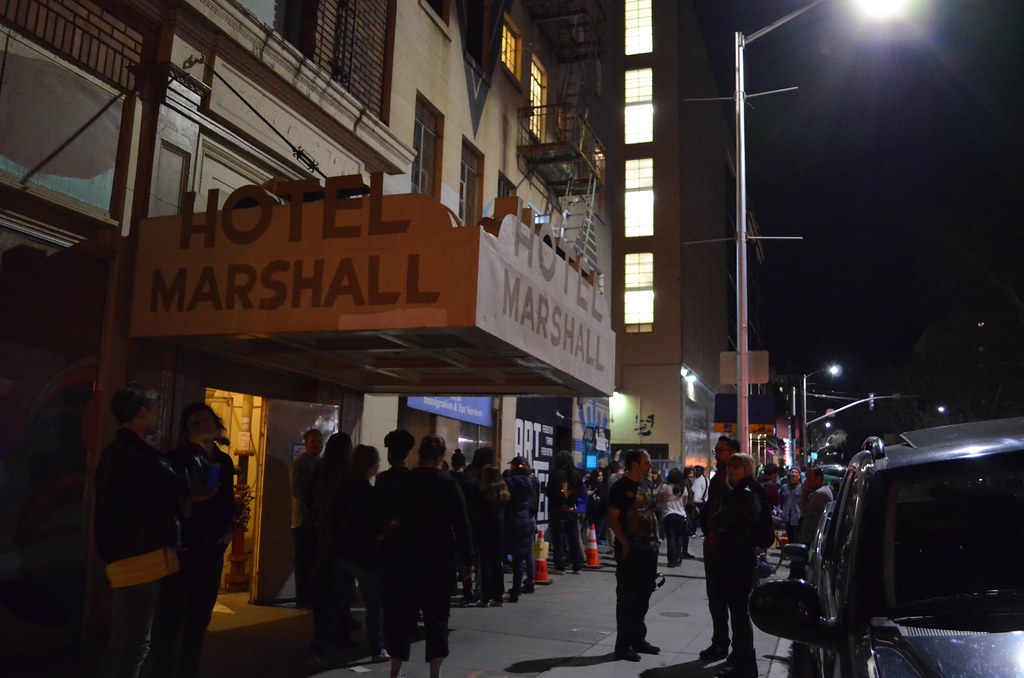 Sacramento’s premier historian, William Burg, had used the Hotel Marshall to host a fabulous tour on Sacramento’s jazz history.  As a devout historian and long-time instigator of the noise scene, it was his brilliant idea to host a show celebrating the birth of Dada and, in conjunction, the end of ART HOTEL.  Accompanied by Dada films projected in the background, he kicks off the evening with a distortion pedal, a megaphone, a kazoo, and an entire audience reading off the Dada Manifesto. 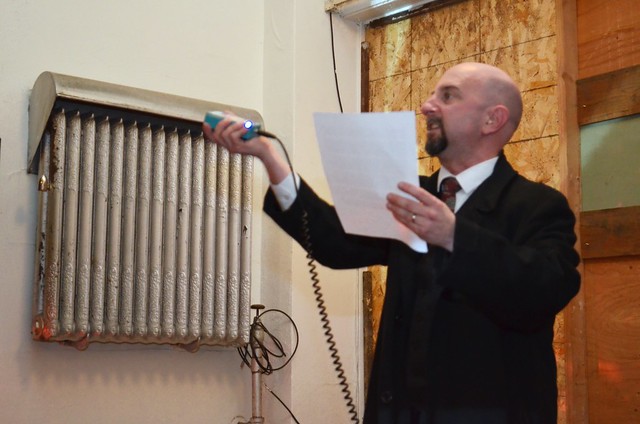 Local drone act and theremin enthusiast, Chopstick, opens up with a ghostly set that left the audience in quiet awe.  Setup had included: a Moog Etherwave theremin, Moog Minitaur and a sub-bass to rumble through every pair of lungs in Hotel Marshall. 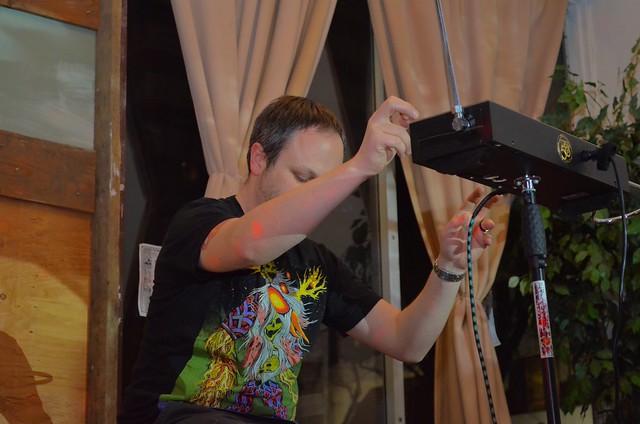 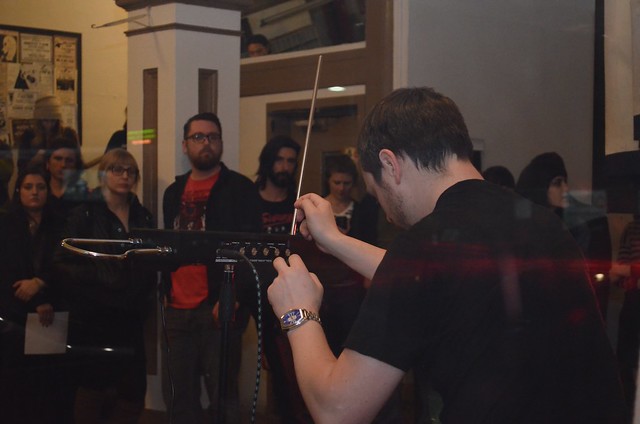 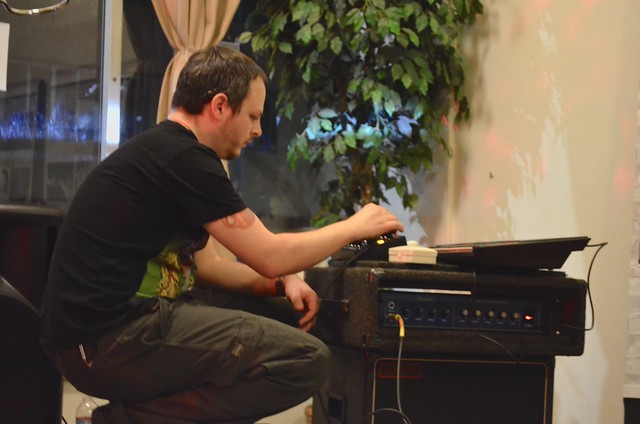 Xome followed, and carried out an always-promising harsh noise set.  He started off by reading a prose from his zine project, OIU (I snagged a few).  His performances are always daunting, erratic, but amazing.  It’s not his style to stay in one spot. As you can see in the second photo, he’s inching closer to the audience with every synthesized shift he makes. 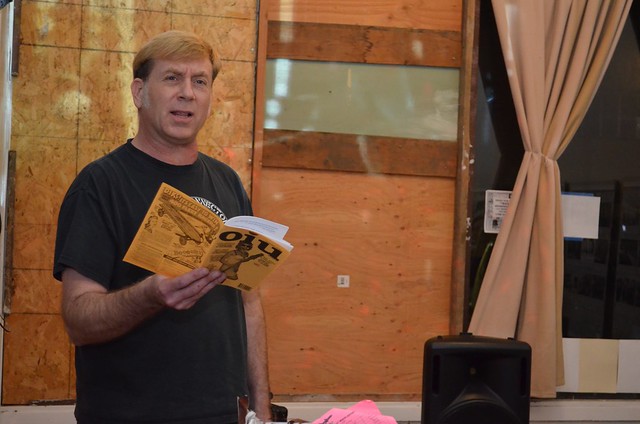 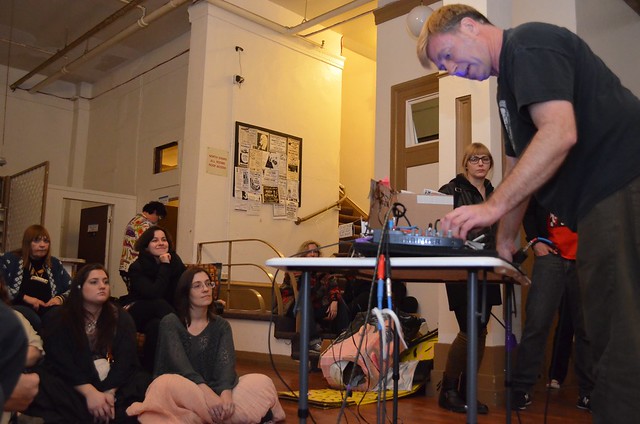 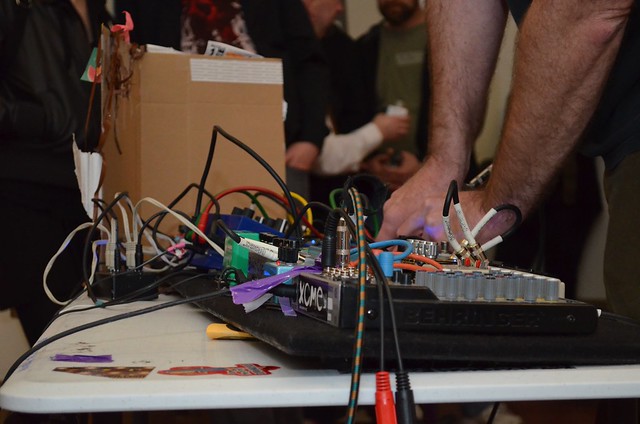 VANDALAZE headlined, and performed a full lineup of songs – including hits from his newest album Big Diner. I’ve never been quite sure how to describe his act, but the best I could muster was ” 80’s pop culture-inspired mischief and mayhem”.
Many of his influences include Talking Heads, Peter Gabriel, Cabaret Voltaire, and many more.  We had a long-winded conversation afterwards about being way too excited for Gak as kids. 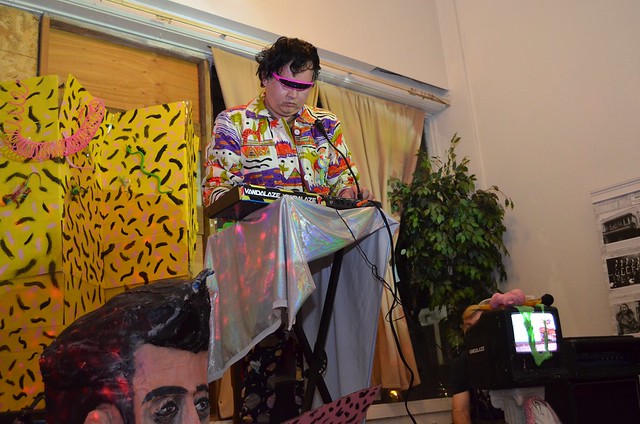 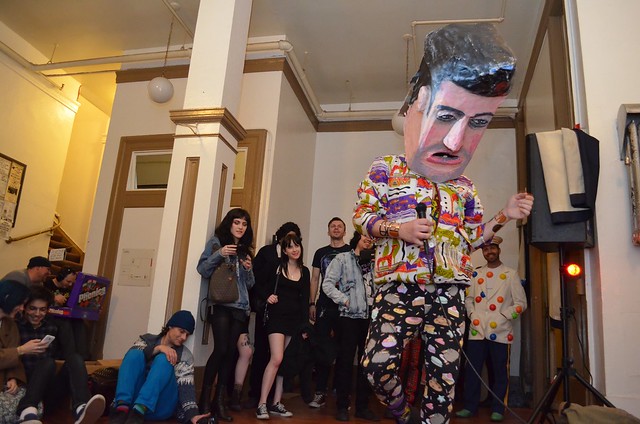 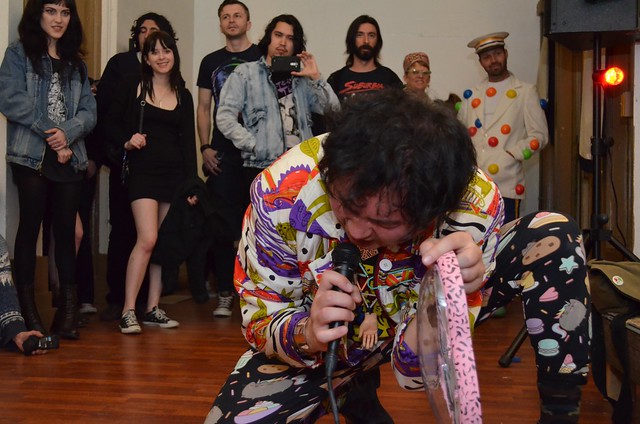 Though bittersweet, I have hope and will do whatever I can to make sure that this defiant resurgence wasn’t all in vain.  I’d like to be “Sacramento Proud” again, sans the sports teams.